AOL inStore brought the human element of offline shopping, online. My role was to create the site’s voice – reminiscent of greeters or salespeople in a store who aren’t annoying, but close by and ready to help. The voice was personable, inquisitive, savvy, attentive, and playful. I also came up with the idea of interstitials, similar to magazine pull-quotes, to break up the monotony of search results. My work on this project resulted in my promotion to an Associate Creative Director. 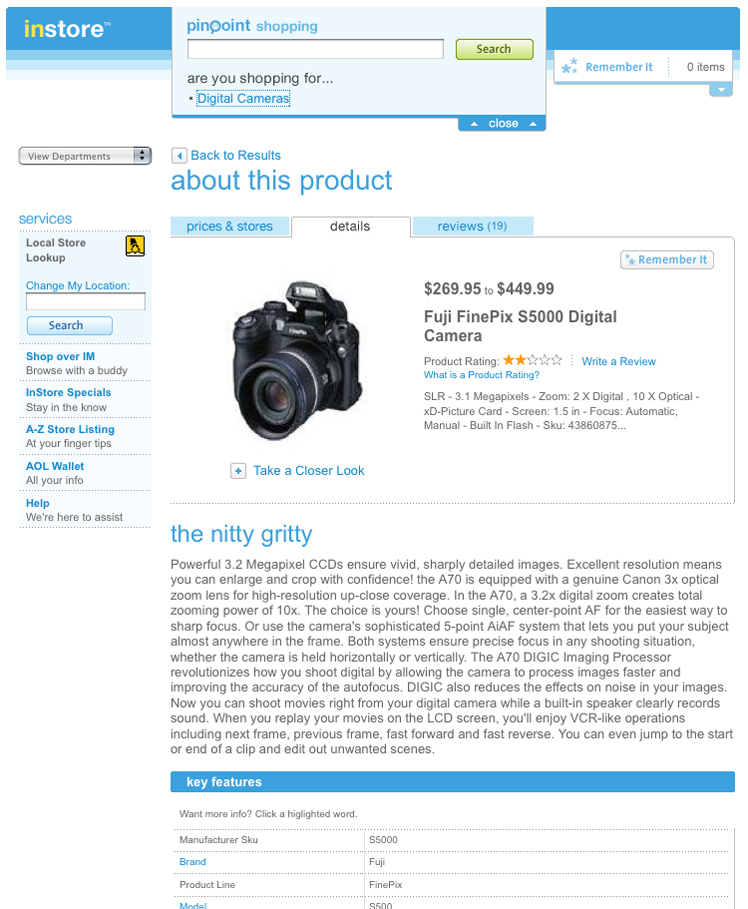