A partnership between Tremor (the marketing research group of Procter & Gamble) and major record company EMI, Soundbite promoted up-and-coming musicians. We had to figure out how to present the next-generation of punk-rockers and folk-singers alongside teeny-bopper pop. The solution was an interface inspired by a much-loved iPod, which had been dropped once or twice and repeatedly stuffed in a backpack. 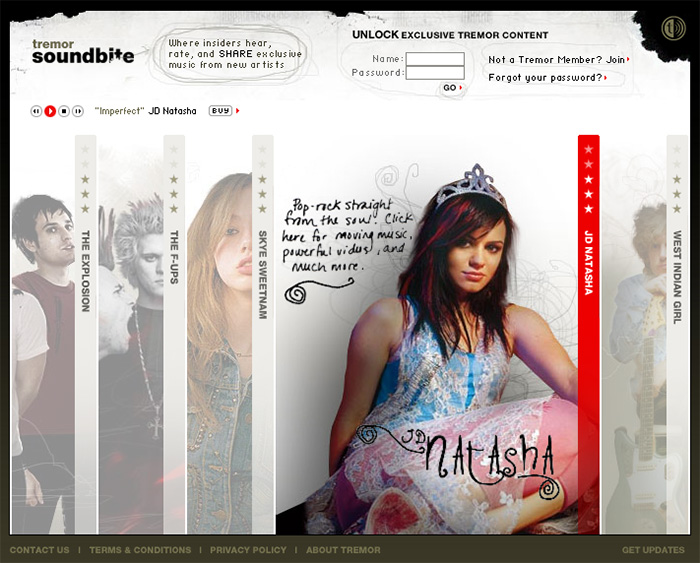 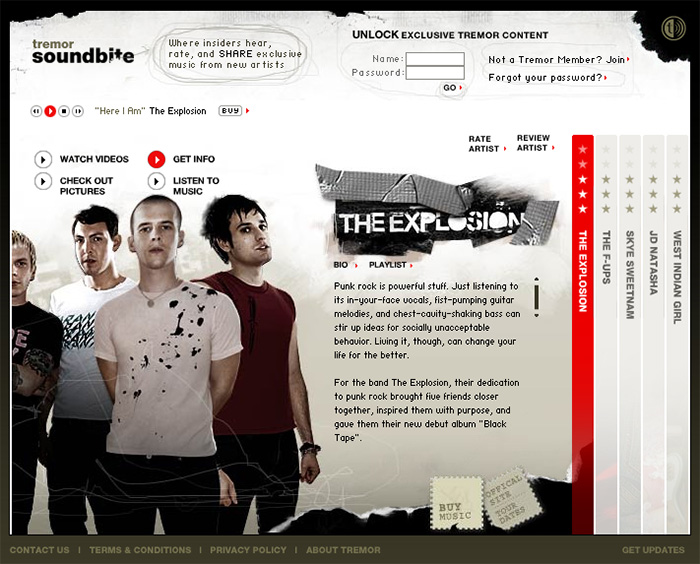